Latitudes Contemporaines, via its festival and its production structure, introduces artistic projects which are the mirror of our society. The cultural action team develops mediation projects that enable all audiences to encounter and interact with contemporary creation. To sparkle our audiences’ curiosity, to nourish their reflections, to stimulate critical thinking and to encourage civic emancipation : come and discover our cultural action projects.

MACHO MAN is a documentary theater installation-performance which tackles the problem of patriarcal violences.

MACHO MAN is an interactive experience. The audience, accompanied by an audioguide system, walks through the different spaces of the installation and become themselves an actor of their visit.

MACHO MAN is an experimental journey. At the crossroads of performance, visual arts, psychology and documentation, it seeks to provoke reaction, empathy, and to raise awareness.

MACHO MAN is an ensemble of images, of sensations and experiments. A 60 minutes journey which puts us, with relevance and power, in front of the patriarcal violences which exist within domestic, professional, social and judiciary circles.

RADIO CREATION PROJECT
In collaboration with the prevention association Itinéraires, we have invited teenagers from the neighbourhood of Wazemmes to create a radio podcast. The group has been invited to take part in several workshops around sound creation, led by two journalists, Marie Pons and Léa-Anaïs Machado, with the support of Radio Moulins.
These workshops have gone through the theme of this edition of the festival, representations of the feminine on stage and in society, and have led to the creation of a podcast which will be available in September.

ARTISTIC WORKSHOPS
This year, echoing the festival’s programme, several dance workshops have been proposed to explore some of the questions brought up by the invited artists.
In partnership with the LaM, Pol Pi invited us to a workshop around his performance Me too, Galatée.
Solen Athanassopoulos also proposed several hip-hop workshops in the Gare Saint Sauveur, Lille.

PARTICIPATORY PERFORMANCE
Each year, an artist is invited to propose teenagers accompanied by the AFLEPA (Association Laïque pour l’Education, la Formation, la Prévention et l’Autonomie) a series of workshops, which result in a short performative form presented within the festival. This year, it’s the performer and visual artist Kubra Khademi who carried this project, exploring movements and sounds of the kitchen.
Kitchen Affairs, the collective creation born from these workshops, was introduced to the audience at the Avant-goût de la cuisine commune in Hellemmes.

A 10 years transsectorial collaboration with the ALEFPA (Laic association for education, formation, prevention and autonomy)

Since 2009, Latitudes Contemporaines works with the Lille-based section of the ALEFPA (Association Laïque pour l’Éducation, la Formation, la Prévention et l’Autonomie), which accompanies children and teenagers who benefit from Social Childhood Aid and Legal Youth Protection in the social, scholar and professional integration.

This collaboration is rhythmed by three moments:

Each year, before the festival, Latitudes Contemporaines invites a group of teenagers to take part in a series of artistic workshops led by an invited artist. These phases of experimentation, of collective thinking and creation lead the group to conceive a short live performance, presented to the audience at the opening of the festival.

During the festival Latitudes Contemporaines invites a second group of teenagers accompanied by the ALEFPA to discover the different jobs that make the festival exist. Technical set up in the festival venues, catering preparation, artists and audience’s reception… The occasion to develop their professional abilities, and to gradually build up a carrer path during three weeks’ festivities.

Each year, the festival’s cultural action team invites several groups of teenagers accompanied by ALEFPA to discover a series of performances programmed during the festival. A collective experience, to get in touch with hybrid artworks in a personalized path.

In 2019, Latitudes Contemporaines celebrated 10 years of collaboration with the ALEFPA. The occasion to shed light on the variety of paths chosen by choses who took part in the artistic workshops and the professional immersions, and the richness of their experiences with the festival.

For this occasion, the maison Folie Wazemmes hosted the screening of an anniversary documentary, directed by the Collectif des Routes, partner of Latitudes Contemporaines. The night was also the occasion to replay the performance “En Lisière de nous”, created by the teenagers accompanied by ALEFPA and by the artist Benoît Duvette in 2019. 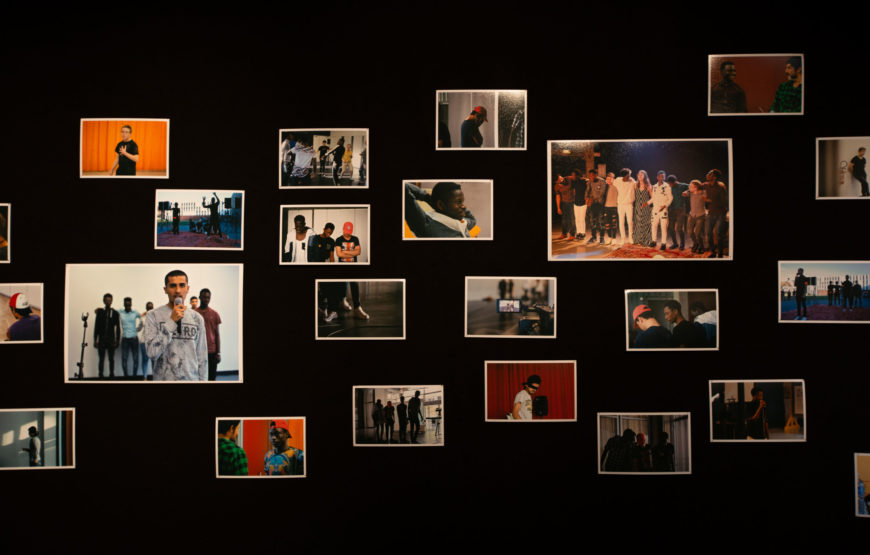 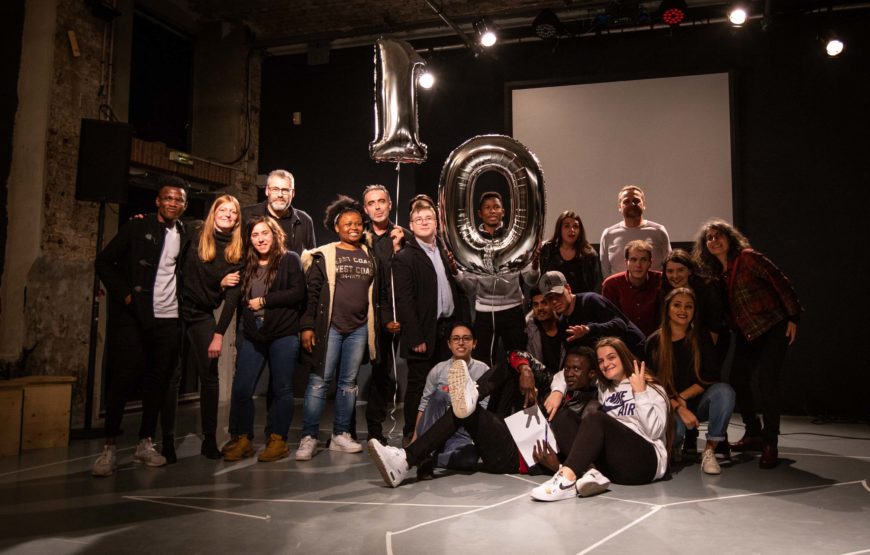 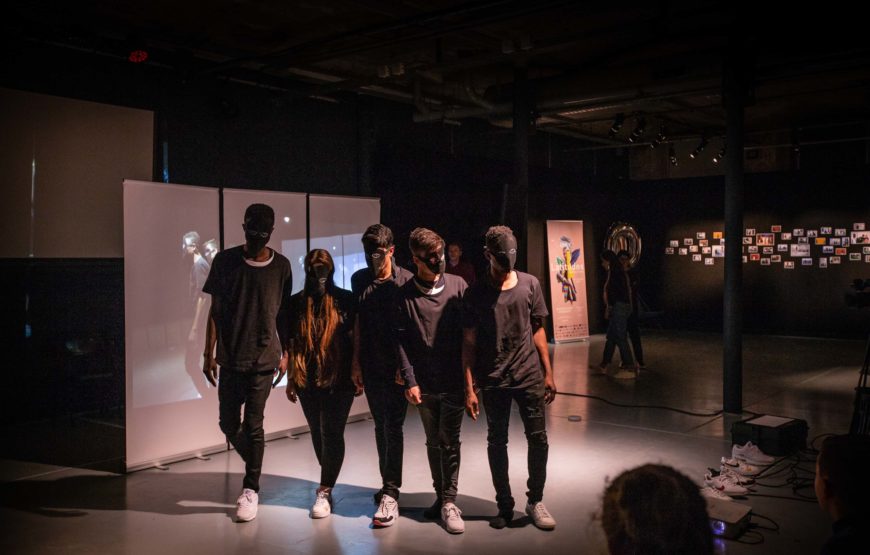 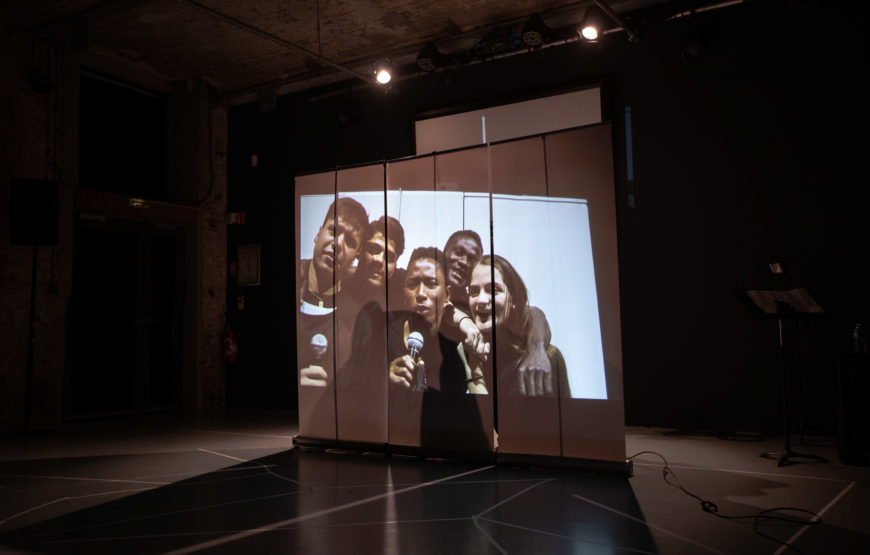 The “salon” of the maison Folie Wazemmes