In Mount Average, Julian Hetzel literally reduces dictators to dust. A performative journey, during which we are invited to closely examine our own ideologies.

Monuments and statues, which we call our “patrimony,” are profoundly political. For centuries, art has been used to exalt the glory of a nation, celebrating its Great Leader, magnifying his ideology. The sculpted portraits of (mostly male) politicians, dictators and colonists are part of our collective memory, evoking a certain regime, a specific era or a particular ideology. Silent but easily dominating the urban landscape, these representations are the symbol of the power that put them there. Conceived for eternity, these statues were created using materials which will effortlessly survive a nation. Mount Average is a sort of factory visit, during which the audience is invited to invent a new more fluid shape for our static colonial past.

Accessibility information :
Short spoken texts in English, French surtitles, distribution of headphones, movement of the audience, possibility of adapting the device for PRM

We live in a world that is beautiful, inspiring, mysterious and diverse. And we also live in a time that is loud, bizarre, bold and unfair. Julian Hetzel (1981) believes that art must therefore be loud, bizarre and bold, as well as beautiful, inspiring, mysterious and diverse. For him, theatre is a way to explore the complexity of the world and to shape its outcomes in such a way that the audience is transported and moved. His performances arouse wonder and confront, challenge and sometimes evoke strong reactions. Marijn Lems (NRC) calls Hetzel a “professional provocateur” who consciously exceeds the limits of what is acceptable.
In addition to being provocative, Hetzel’s
performances are also poetic, moving and
humorous. With a sleek visual language based on contemporary design, he brings complex moral, social and political dilemmas close to the public. Instead of telling stories, he makes his audience part of situations that evoke associations and emotions and challenge you to wonder. These are often very recognizable situations such as those of a trendy store (Schuldfabrik), a game show (The Automated Sniper) or a museum (All Inclusive). With his bright, slightly surrealistic visual language, he evokes wonderful worlds that have a lot to do with the world that we (think we) know, but at the same time our thinking is turned upside down by the way things are enlarged or extended to an absurd degree.
Hetzel’s oeuvre and his way of working cross borders and that is not only a matter of provocative content and international tours, but also relates to the form, the creation of the performances and where they are shown. Freely combining disciplines that have once been separate, such as theatre, performance and visual arts, goes without saying for him. His works are shown in theatres but also in public spaces, such as on the street or in shopping centres. The boundary between what belongs to the performance and what does not is vague. Schuldfabrik confronted shoppers with a pop-up store that was indistinguishable from the real thing, where real soap made from human fat was sold as part of a theatrical installation that could be visited through a store.
Fiction and reality also intertwine with theatre performances. In The Automated Sniper, actors must defend themselves against the real violence of a paintball gun in view of the audience. For All Inclusive, real rubble that was imported from Syria formed the basis for artworks by a fictional artist named Julian Hetzel, and the public watched real refugees visiting an exhibition of this work. After the performance, the audience visited a fictional museum shop where various works of art from the performance could actually be purchased. For Schuldfabrik, Hetzel designed a brand name / visual identity which at first sight could hardly be distinguished from the commercial ‘branding’ of hip, contemporary lifestyle products, but at the same time raised questions about who actually benefited from the way large commercial companies use charities as a marketing strategy.
Typical of the way Hetzel uses this strategy of subversive affirmation is the way he sets great ideas and ideologies in opposition in his work. For instance, the confrontation of the tour guide and her philosophical glorification of violence in art in All Inclusive with real refugees who have experienced war violence up close. It puts the viewer in an uncomfortable position. In this way, the audience is taken into an exploration of conflicting world views, views and experiences.
This strategy of confrontation and affirmative confirmation is also the basis of the name of Hetzel’s organisation: Ism & Heit, a combination of two suffixes that can be added to nouns to describe ideas, movements and trends, such as in real-ism and Schön-heit. The name Ism & Heit invites you to fill in various words for these suffixes and thus shows how Hetzel’s work provides a stage on which to playing off worlds of thought against each other. The combination of German and English expresses the international nature of Hetzel and his team’s methods.
Ism & Heit is a flexible and dynamic collaborative group focused on developing, producing and displaying Hetzel’s work. To this end, Ism & Heit has developed close partnerships with a large number of partners at home and abroad, including SPRING, Het Huis and Theater Kikker in Utrecht, Frascati in Amsterdam, Noorderzon (Groningen), Kaaitheater (Brussels), CAMPO (Ghent), Schauspiel Leipzig, Kammerspiele (Munich), Spielart Festival (Munich), Gessnerallee (Zurich), Steirischer Herbst (Graz) and Actoral (Marseille). 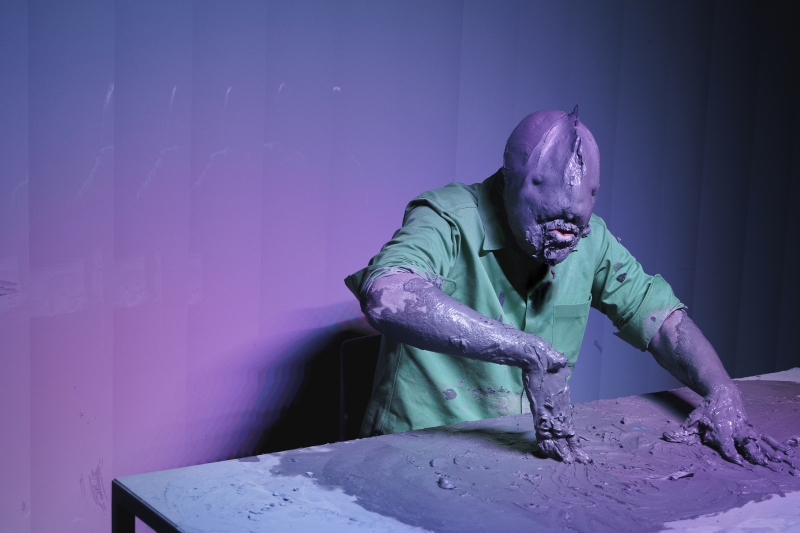 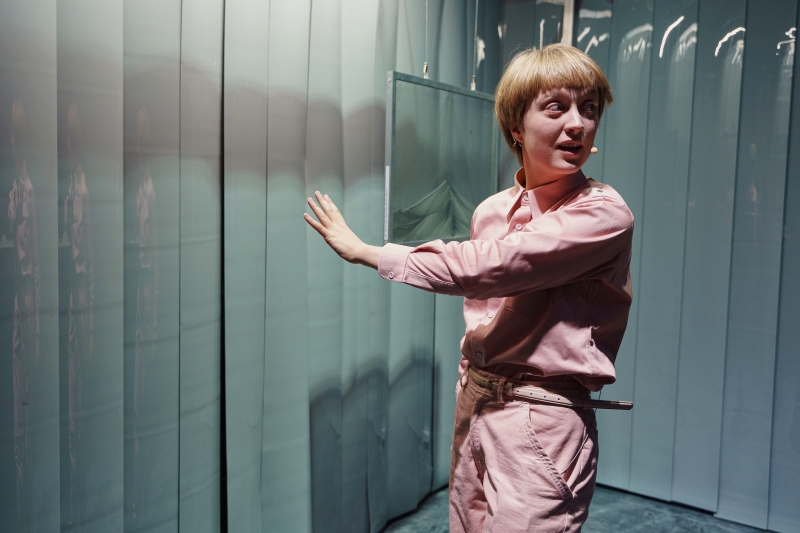 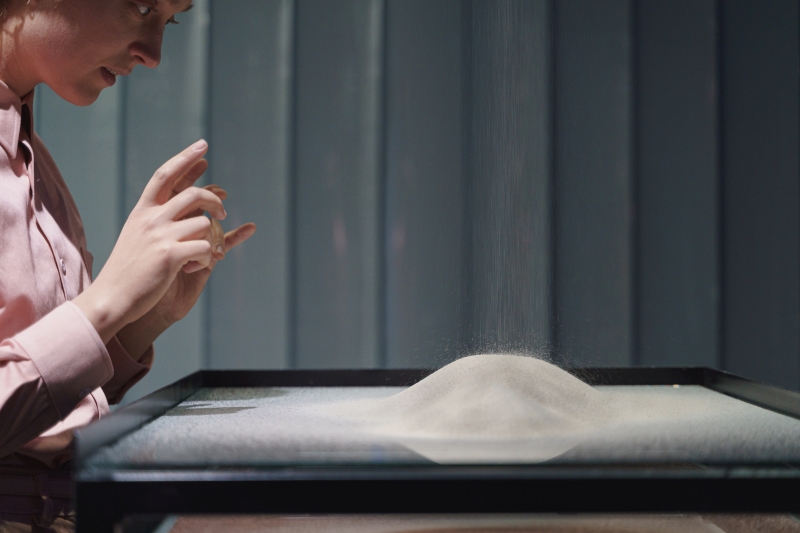 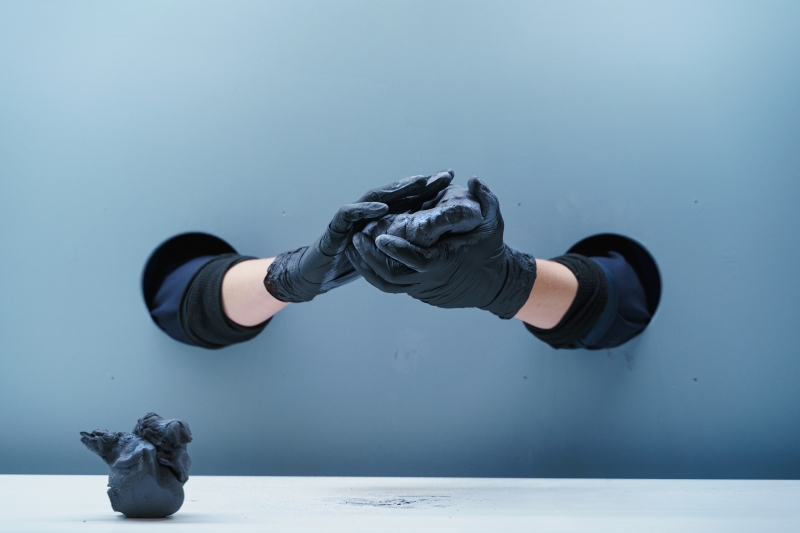 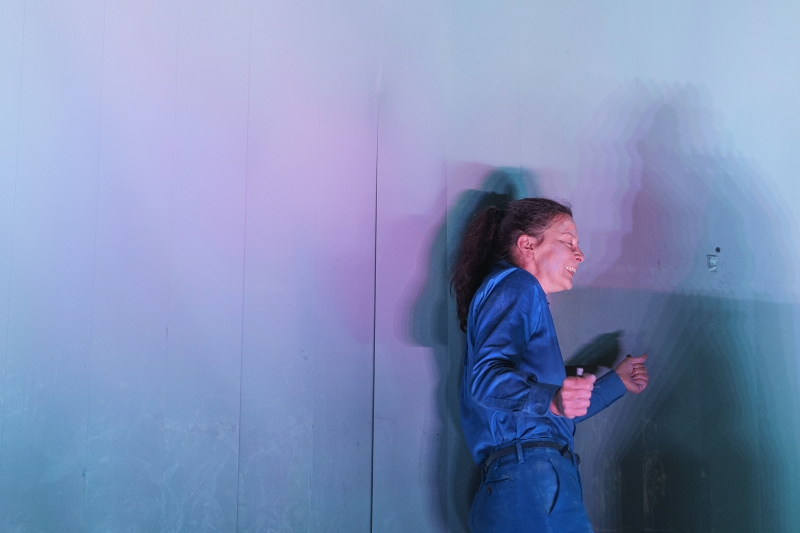 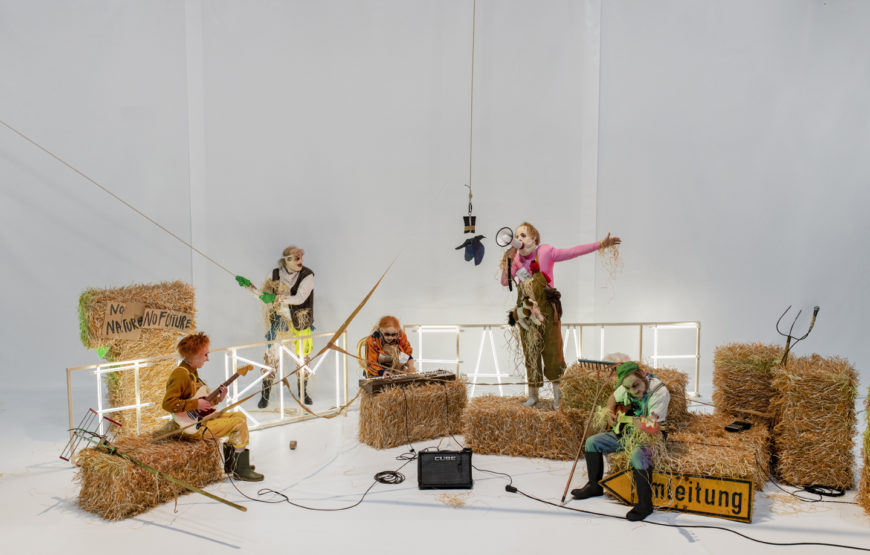